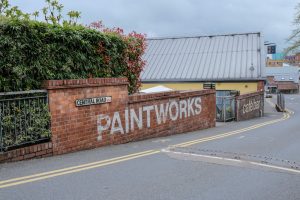 The streets of Bristol: In April, I had the opportunity to attend a street portrait workshop conducted by Scottish photographer Niall McDiarmid, who’d been in town thanks to his “Town to Town” exhibit at the new Martin Parr Foundation, located at Bristol’s Paintworks.

Happy days: I’d been hoping to hit one of Niall’s workshops for a while, and the short version is that it was a fantastic, hands-on workshop that’s helpfully rewired my brain in multiple ways. 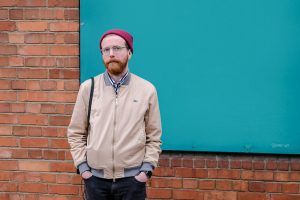 Background: I’ve been following Niall’s work for a while, including seeing him speak about his “Crossing Paths” photographs at Edinburgh’s City Arts Centre during the summer of 2016. I have been eager to bring more rigor to how I conceptualize portrait projects, whether they might be on the street or at events. I’ve been regularly photographing the summertime Indietracks music festival in Derbyshire and have learned firsthand how difficult it is to bring a consistent, engaging and well-done aesthetic and conceit to these types of projects. (Last year, for a twist at Indietracks, I set about doing formal artist portraits and attendee portraits.) 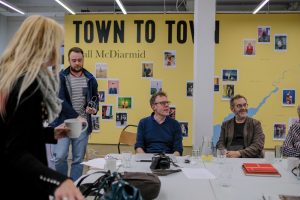 For Niall’s workshop, the day broke down into roughly five parts:

Getting into Bristol city center to begin taking portraits, after having been prepped, was slightly unnerving but soon excellent; I could feel the cogs turning after the workshop and demonstration. 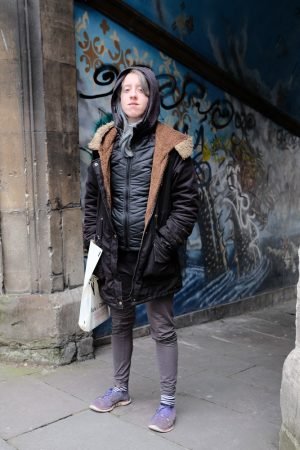 The first couple I approached, asking if I could take their photo, declined. We didn’t speak the same first language, which was a barrier.

But when I asked the second person I approached, a girl with dyed-grey hair, her face lit up and she said sure, and I started to get into the street portrait photo groove.

Meaning, I definitely learned as I was going, especially with finding people and learning how, when, where or not to juxtapose them with background elements.

(Here’s a look at my top 16 Bristol street portraits from the day.)

Niall’s after-action review of a selection of our images was also extremely helpful. Especially seeing photos that others made — in at least one case, of the same subject.

Takeaway: Fantastic workshop. If you have a chance to work with Niall, I recommend it highly.