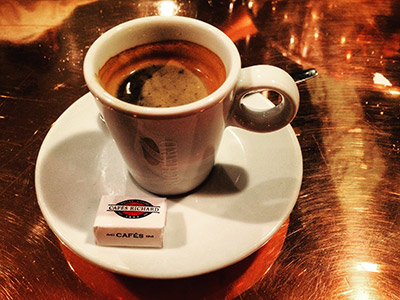 Recently I got to go to Paris for work. It was the first time I’d been there in five years, somehow, which seems crazy given how close it is, how I lived there for two years, and how I can still speak the language in a passable manner.

Paris is unbeatable, hands down my favorite place where I’ve ever lived, at least under the “urban” tab. There’s the overall gloriousness of Paris as a city, the fun of speaking French, the incredible food, the excellent transport links, and the opportunity to sit outdoors at any time of the year and drink and espresso while watching the world go by. Or to slip into a brasserie for what the Brits would call a cheeky post-work espresso; a bit of a pick-me-up.

I made the most of my free time and choice location — near Notre Dame  — plus the gorgeous sunshine to photograph all around the neighborhood, although I was also able to take in an exhibition at Cluny, aka Musee National du Moyen Age-Thermes et Hotel de Cluny. Sadly the museum of the middle ages isn’t free, as it was the last time I was in town; << plus ça change >>?

While I was visiting, there was a scare at the Louvre, after an Egyptian visitor attempted to attack some soldiers with a knife. It was a good excuse to not look at the news much that day.

Meanwhile, I made the most of my time in the city, including a recommendation from the hotel where I stayed to dine at a local Corsican place near the Sorbonne, called Le Cosi. Lovely neighborhood joint, filled with groups of people chatting away, lovely ambiance, amazing food and house wine to boot. It’s the kind of place where if you’ve been away for a while, it wakes you up — culturally speaking — and etches in your mind that without a doubt, you’re in Paris.